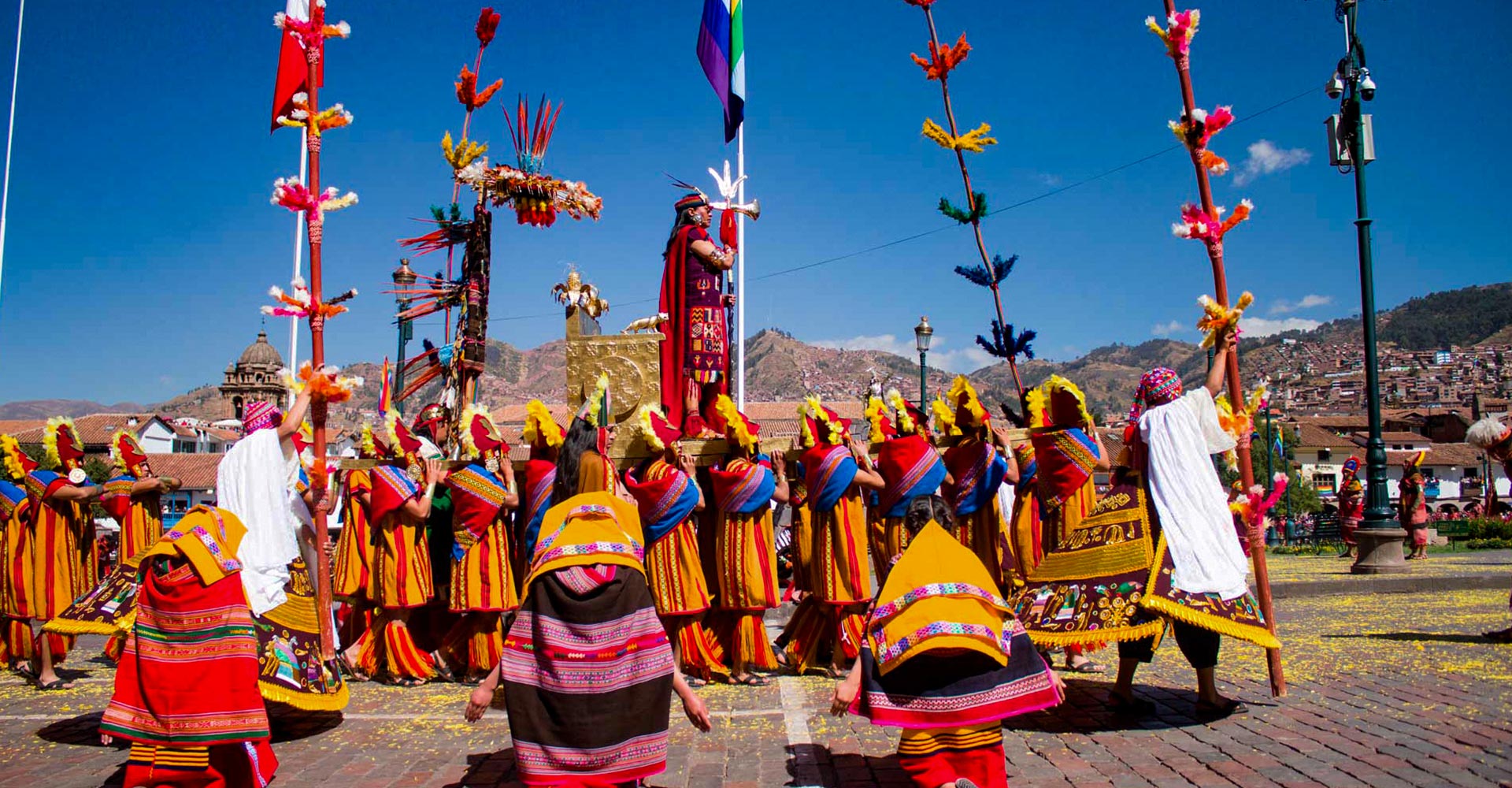 If you are visiting Cusco in June, there’s no doubt you’ll hear about the festival of Inti Raymi. You will likely hear about it whenever you visit, to be honest.

It was the most important of all the Incan festivals because it represented the winter solstice and was their celebration of the New Year. It used to take place in the main plaza in the city and the first one in 1412.

The ceremony included an animal sacrifice to the Pachamama (Mother Earth). After the Spanish invaded, they banned Inti Raymi and any other celebration of the like. However, in 1944, the people of Cusco decided to reenact their first performance of this celebration, which we still enjoy in this day and age.

On the 24th of June every year it is celebrated at the archaeological site of Sacsayhuaman. Tourists and locals alike gather to watch the festival take place. It’s an excellent experience to make you feel as though you are being swept back into the time of the Incas and to give you a good idea of how life was like back then.

Pachacútec, who was in charge of ordering the construction of Machu Picchu, established this celebration around 1430 and, despite having been prohibited by Viceroy Francisco de Toledo with the arrival of the Spanish, in 1944 Faustino Espinoza Navarro, through the story of the Inca Garcilaso de la Vega, was in charge of writing, directing and representing the reconstruction of the Inti Raymi celebration.

Currently, to commemorate the festivity , a hundred actors wearing typical Inca clothing gather at the ceremonial fortress of Sacsayhuamán and perform a representation of what was originally the invocation of the sun by the Inca.

The celebration begins in the Coricancha Temple (today the Convent of Santo Domingo) with the greeting to the sun. After this, the Inca and the mayor of Cusco meet in Haucaypata to finally carry out the central ceremony to the north of the city on the esplanade of Sacsayhuamán at more than 3600 meters above sea level.

Inti Raymi as one of the great traditions of the Inca Culture , gives tourists every June 24, the possibility of enjoying songs, characters with typical clothing and native music.

Who was Inti & Why was he Important to Peruvian History?

Other important figures are: Mama Quilla, the goddess of the Moon (often represented as a silver disk with a human face, Apus, who are the spirits of large mountains, Pachamama, who is mother earth, and a host of other Gods.

Offerings are made to the gods in the form of Quintus, typically three coca leaves held together. Often when hiking in Cusco, it is expected that you will leave a Quintu as an offering to the Mountain Apus, as well as a small stack of stones, also known as an Apu.

In Incan culture, it is very important to please the Gods as they are what provide the ever-important things such as fertile earth, the sun, and protection. And so, the Inti Raymi festival celebrates the gods in order to please them.

Where is Inti Raymi Celebrated?

Inti Raymi is celebrated in Cusco, Peru. The festival begins at Qoricancha, considered to be the belly button of Cusco and where the world receives its nurture from. There is then a parade that passes through the city, stopping at the main square and continuing to Sacsayhuaman, the fortress that overlooks the city.

It’s important to note that the Incas believed Cusco to be the center of the world, as well as the city being in the shape of a puma- one of the sacred animals (the others begin the condor and the snake). The parade takes place from the belly button to the head of the puma.