The Hidden Gems of Cusco 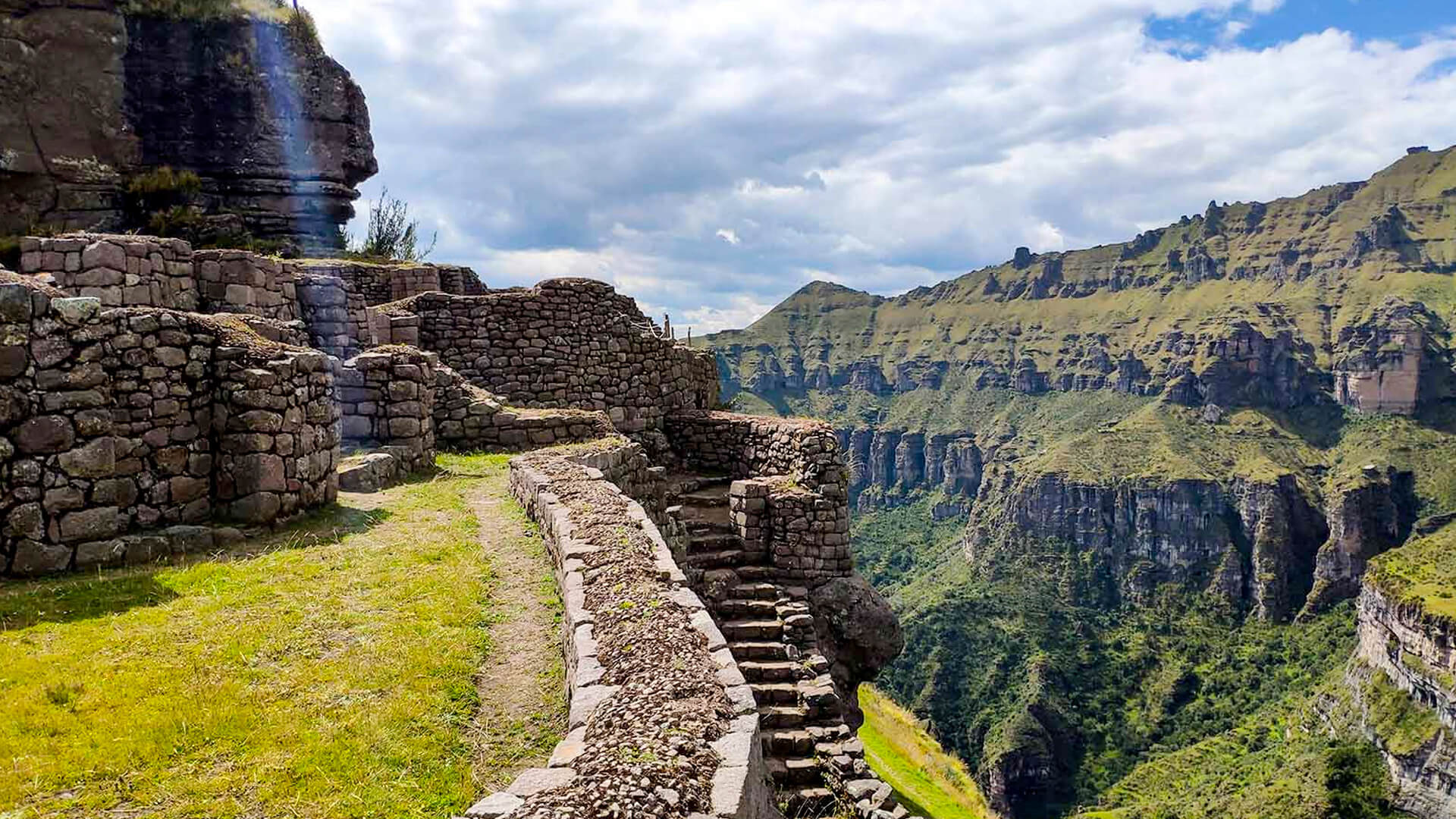 Every big city has secret locations that remain under the radar of mass tourism, and Cusco is no exception. From hidden temples just an hour’s walk from Plaza de Armas, through to a mysterious Haunted House or the psychedelic dawn of three suns. These are the 7 The Hidden Gems of Cusco that you will not find in any tourist guides.

Temple of the moon

The Temple of the Moon, only a short one hour walk uphil from Plaza De Armas. Its nicely tucked away from the noise and bustling movement of the Plaza. The temple contains a cave with a ceremonial altar, where the figures of pumas, snakes and condors are carved. Its purpose is to revere fertility. Its caves were built to let in sunlight and moonlight on specific days, pointing to specific parts of the altars. Access to the temple is completely free.

How to get there: From Plaza de Armas, walk along Calle Triunfo (be aware that the street name changes a few times as you proceed), continue walking up through the entire San Blas neighborhood. It’s all uphill, so it does require a certain level of physical fitness. Eventually, the route becomes rural. Continue up the stairs until you reach the green plateau where the Temple is located. Monkey Cave, Zone X, and Quenco are also located in the same area.

Cultural adaptations of certain beliefs, especially when it comes to religious works, usually gives a special flavor to an already well known history. This is the case of the canvas of the Last Supper in the Cathedral of Cusco. We have the classic elements of a traditional Christian Last Supper paintings, but it clearly noticeable that the feast was given in Cusco. In the painting, you can see chili peppers, fruits, corn and the most important thing: a guinea pig, the most important delicacy of the region, since pre-Hispanic times. The painting is attributed to Peruvian painter Marcos Zapata, who used to incorporate cultural blends like these into his works.

Where to see it: In the Basilica of the Cathedral of Cusco, in the Plaza de Armas.

Warning: this description is violent. Also, we must state up front: we do not recommend anyone enter this house, it´s in complete deterioration, with structural cracks. We suggest that you observe it from Saphi Street and immerse yourself in thoughts about what has happened in the past 70 years that it has remained uninhabited. According to journalist Estela Bocangel: As the story goes : It all started after a woman was killed by her lover. Since then, the house has been the place of secrets, strange rituals, torture and homicides. The most horifying story of them all is the recent tale of the leader of the Colliguay Sect, Ramón Castillo (better known as Antares de la Luz) who committed suicide here in 2013, after making world news for having burned a newborn alive during a ritual.

How to see it: You must walk along Plateros Street (later called Saphi Street) towards the northwest. It´s located near house no.800.

Behind Sacsayhuamán (one of the most important Inca archeological centers in the sector) is Balcón del Diablo. A natural architectural heritage site that the Incas used as a point of entry into the city of Cusco. It´s a giant rock with a ¨balcony¨ in the middle that gives you spectacular views of the stream that runs below. In addition, you can cross the rock through the tunnel running on the same level as the river.

How to get there: From Sacsayhuaman, head north for about 1.3km, turn right into a small street, walk for another 750 m, then take a sharp left for 250m , finally take a right and you have arrived. The walk should take around 20 minutes.

A perfect trek to do during the day, Huchuy Qosqo (Little Cusco in Quechua) is 3650 meters above sea level and offers incredible views of the Sacred Valley. In its time, it was an important agricultural center for the production of corn, with perfect stone constructions called Collcas, used to store and preserve food. There are no public roads that access it, but in Denomades there is a trek that connects Huchuy Qosqo with Machu Picchu in two days.

How to get there: From Cusco, take a vehicle north to Calca. From the Minasmoqo sector, continue on foot or on horseback to the base of the mountain. Then climb the hillside to reache the ruins.

Waqrapukara is so unknown that archeologists have not yet agreed whether it was a fortress, a sanctuary or an astronomical observatory. This monument is located at 4,300 meters above sea level in the Apurimac canyon, south of the city of Cusco. The landscape is overwhelmingly beautiful, surrounded by impressive platforms, squares and a giant monolith that contemplates the mountain landscape.

How to get there: You must go on a two and a half hour drive from Cusco to Saint Lucia. From there, the trek is about 2 hours.

From the Tres Cruces Natural Viewpoint, you can see one of the most spectacular and secret sunrises in the world! We are not exaggerating. This viewpoint is located in Paucartambo, just over 100 km southeast of the city of Cusco. It´s called Tres Cruces because, during the winter solstice (June 21) and a few days before and after, a phenomenon occurs in which the atmosphere of the place distorts the sunlight, making the illusion that there is not one, but 3 suns that light the earth.

How to get there: The journey will take you a total of 5 hours from Cusco to Paucartambo. You will then cross the last section by truck becuase the route is unpaved. The effect begins to be visible around 4:30 am, we recommend you leave early the night before in order to arrive on time. You can combine your trip with a tour of the Manu National Park, where there are incredible species of vegetables and animals in the area

The Hidden Gems of Cusco was updated on Sep 20th